Have you ever behaved in an assertive manner – similar to a male counterpart – during a meeting and been deemed “aggressive” or “pushy”?

Has a coworker ever touched your hair without your permission?

As a minority in your office, have you ever been asked to voice opinions on behalf of your entire race?

Microaggressions in the workplace are so commonplace that you probably immediately recognize or are able to identify with any of the above-mentioned instances.

First proposed by psychiatrist and Harvard University professor Chester M. Pierce in 1970, a microaggression is defined as “the casual degradation of any marginalized group”. Pierce coined the term to describe the subtle dismissals and insults he frequently witnessed African Americans endure.

More recently, Columbia professor Derald Sue borrowed the term to refer to “brief and commonplace daily verbal, behavioral, or environmental indignities, whether intentional or unintentional, that communicate hostile, derogatory, or negative racial slights and insults toward people of color.”

Today, social media has given marginalized groups a platform to shed light on the frustrations caused by microaggressions.

During an episode of “Fox & Friends” last Tuesday, controversial host Bill O’Reilly mocked Congresswoman Maxine Waters by saying he was too distracted by her “James Brown” wig to hear to anything she had to say in her speech about President Donald Trump.

In response to the treatment of two prominent black women on national television, Twitter activist Brittany Packnett created the hashtag #BlackWomenAtWork  to highlight the racial microaggressions and prejudices many black women endure in the workplace.

The #BlackWomenatWork discussion not only draws attention to an undesirable shared experience for many black women, but also how frequently instances of racism, sexism and bigotry occur in a professional environment. If you, too, have to endure microaggressions in your workplace, read on for three tips to help mitigate your frustrations.

Try to Be Understanding: Many people go about their day interacting with the world, unaware of shrewd beliefs and unconscious bias they may have toward race, gender, skin color and sexual orientation. Understand that it’s quite easy for someone to unintentionally make a gesture or comment that you may deem offensive. Also, ask for clarification to prevent further misunderstanding.

Don’t Focus on the Individual: When addressing the microaggression at hand, be sure to focus on what occurred – the comment, dismissive behavior or actual event that upset you – rather than making it about your feelings.

Document Harassment: If respectful communication isn’t enough to pardon repeated microaggressions at your workplace, be mindful that it may be time to get a manager or the HR department involved.

How do you counter microaggressions at work? 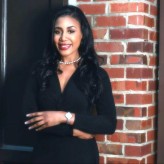 I have over four years of professional experience in integrated marketing solutions. My clients have included local consumer brands, small businesses, news personalities and various media organizations. I believe I’m a marketer at heart because I love storytelling and watching a brand develop over time. I’m passionate about helping my clients reach business goals, drive loyalty and create the right perception for their brand, product or service.

How to Build a Circle of Professional Mentors

Why Self-Care is Vital for the Professional Woman

This site uses Akismet to reduce spam. Learn how your comment data is processed.

Tips on Picking The Right Therapist

The Relationship Rollercoaster: Signs You May Be Dating A Narcissist